Reform of the oceans management system

Over the course of 2020 to 2023, EDS is investigating the future of our oceans management system.

Aotearoa New Zealand is facing considerable challenges in its vast marine environment, and it is increasingly clear that the existing oceans management system is not up to the task of tackling them. As a society we need to think about what we want the system to do in the future. Can we just tinker with what we have or should it be reconfigured from the ground up? Is it time for evolution or revolution?

Building on EDS’s previous extensive work on the marine environment and resource management reform, EDS is currently conducting a research project looking at the future of our oceans management system as a whole. It is conceptualising and analysing the existing system and putting forward options for change, including presenting potential overall models for a future system. The work is being informed by a panel of Māori advisers.

The project is covering the key legislative regimes applying to the marine area, which are often thought about in policy silos but which are deeply connected. It is shining spotlights on particular issues or topics, including sediment, wastewater, plastics and novel contaminants. But it is concerned not just with legislative arrangements. Also important are institutional settings, funding, and management tools. The role of Māori in marine management and the integration of a Te Ao Māori worldview into a future system are matters of particular importance. We are also considering international learnings, although they must be tailored to our own country’s circumstances.

Among other things, the work is exploring the overarching purpose of an oceans management system and principles that should underpin it; and the potential utility of fundamental reform of the existing legislative and institutional framework. It will look at how we can take a more strategic approach to our oceans, providing for environmental, social, cultural and economic requirements, including through marine spatial planning. One important issue is the allocation of rights in the marine area.

Most importantly, the project is taking a holistic view of our oceans and the frameworks that manage them. Management of the sea is particularly challenging due to the fluid and interconnected nature of the marine environment, the paucity of information and the lack of well-defined property rights. Management approaches which we apply to land will not necessarily work for the sea, which is much more dynamic.

The need for oceans reform has been underscored by a recent Cabinet paper setting out the parameters for the government’s review of the resource management system, which refers to overlapping marine legislative frameworks being addressed through “a subsequent review of the marine system”. Previous efforts at oceans reform in the early 2000s have languished, and it is timely to take a fresh look and build momentum for change.

EDS released its first working paper for the project titled The Breaking Wave: A conversation about reforming the oceans management system in Aotearoa New Zealand in September 2021. The final report, which outlines a range of individual reform options and four distinct starting points for whole of system reform, was launched by Hon Kiritapu Allan, Minister of Conservation, in June 2022.

This phase of the project is designed to stimulate a blue-skies conversation about reform. But we also envisage a Phase 2 of the work, which will develop up a single preferred model and chart a careful pathway to towards it – a just transition – from what we have now. 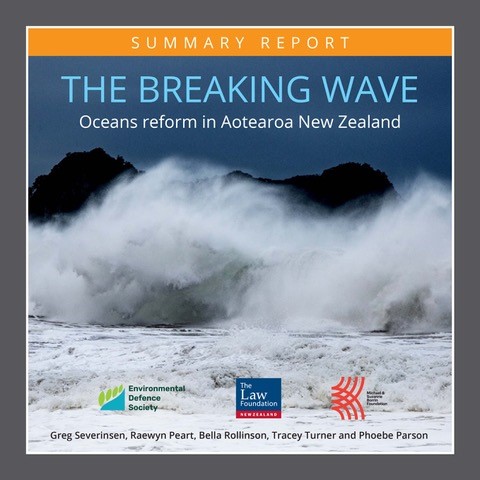 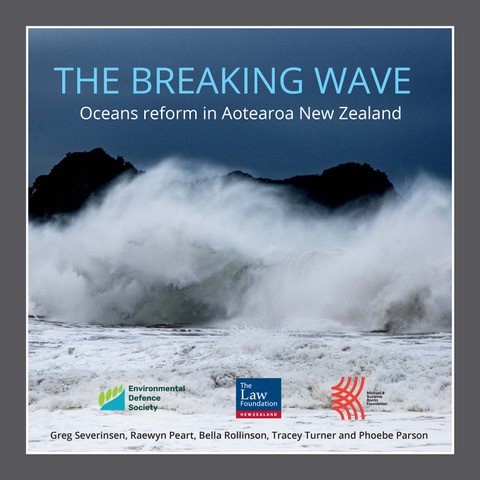 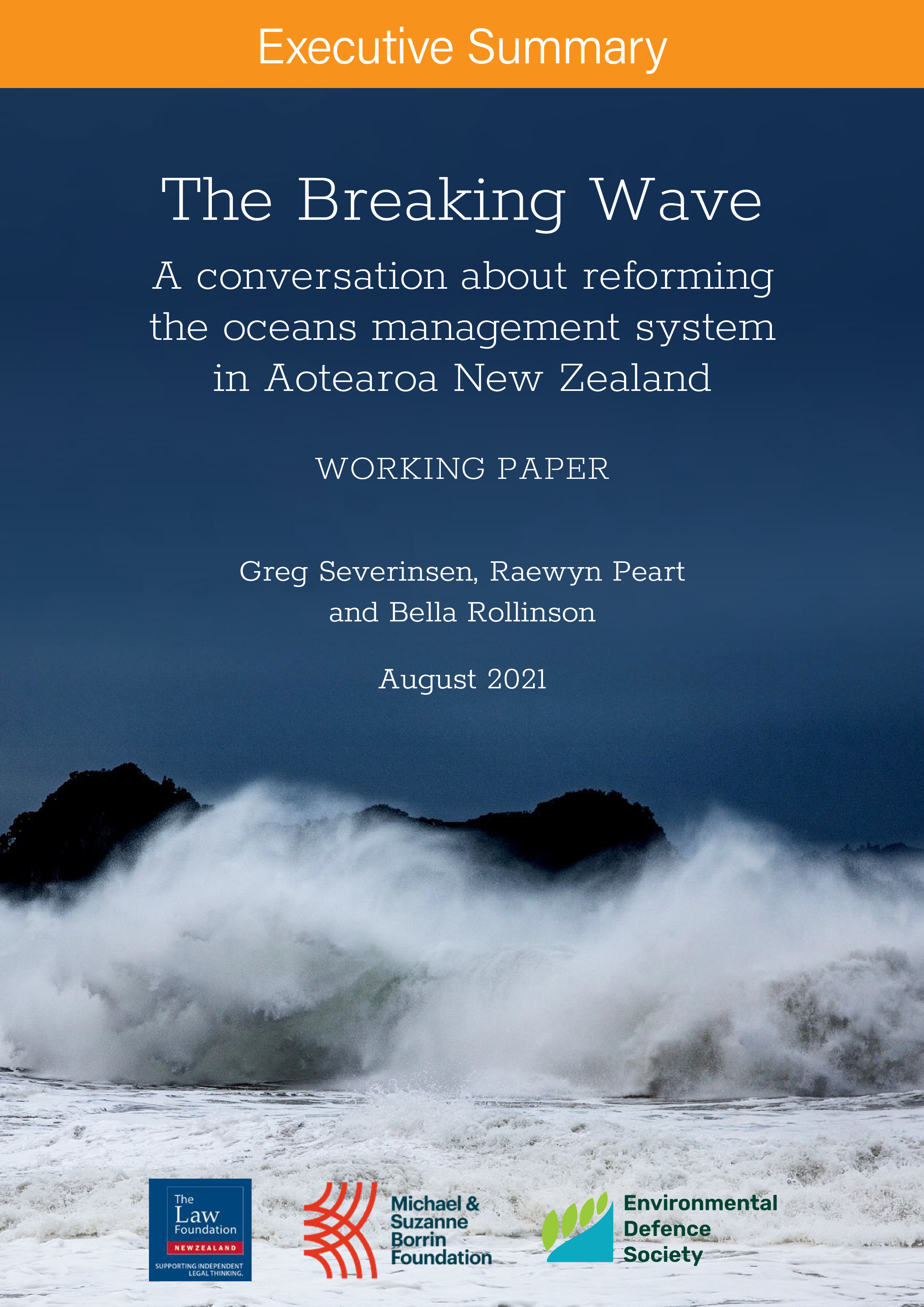 The Breaking Wave: A conversation about reforming the oceans management system in Aotearoa New Zealand - Executive summary of working paper 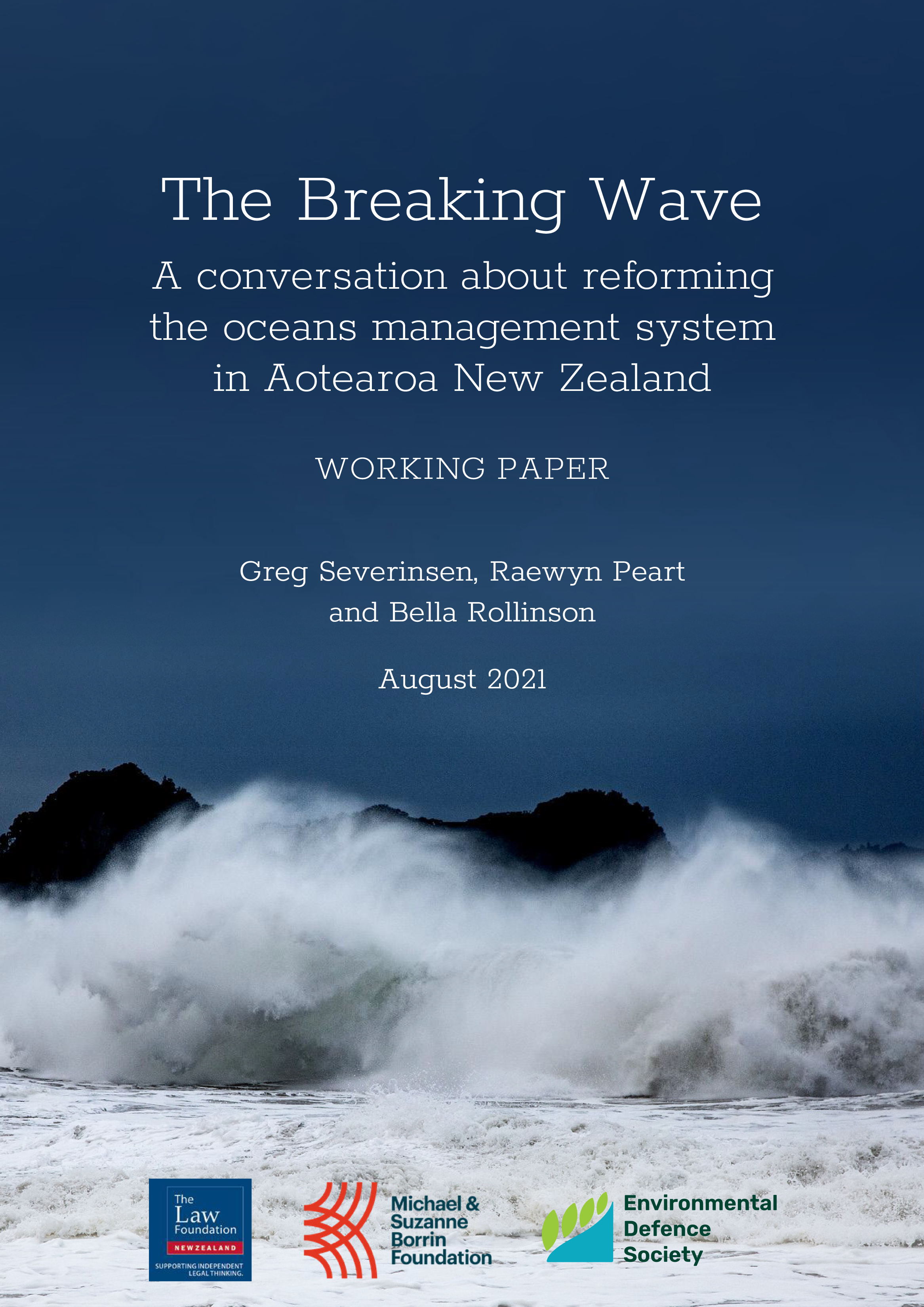 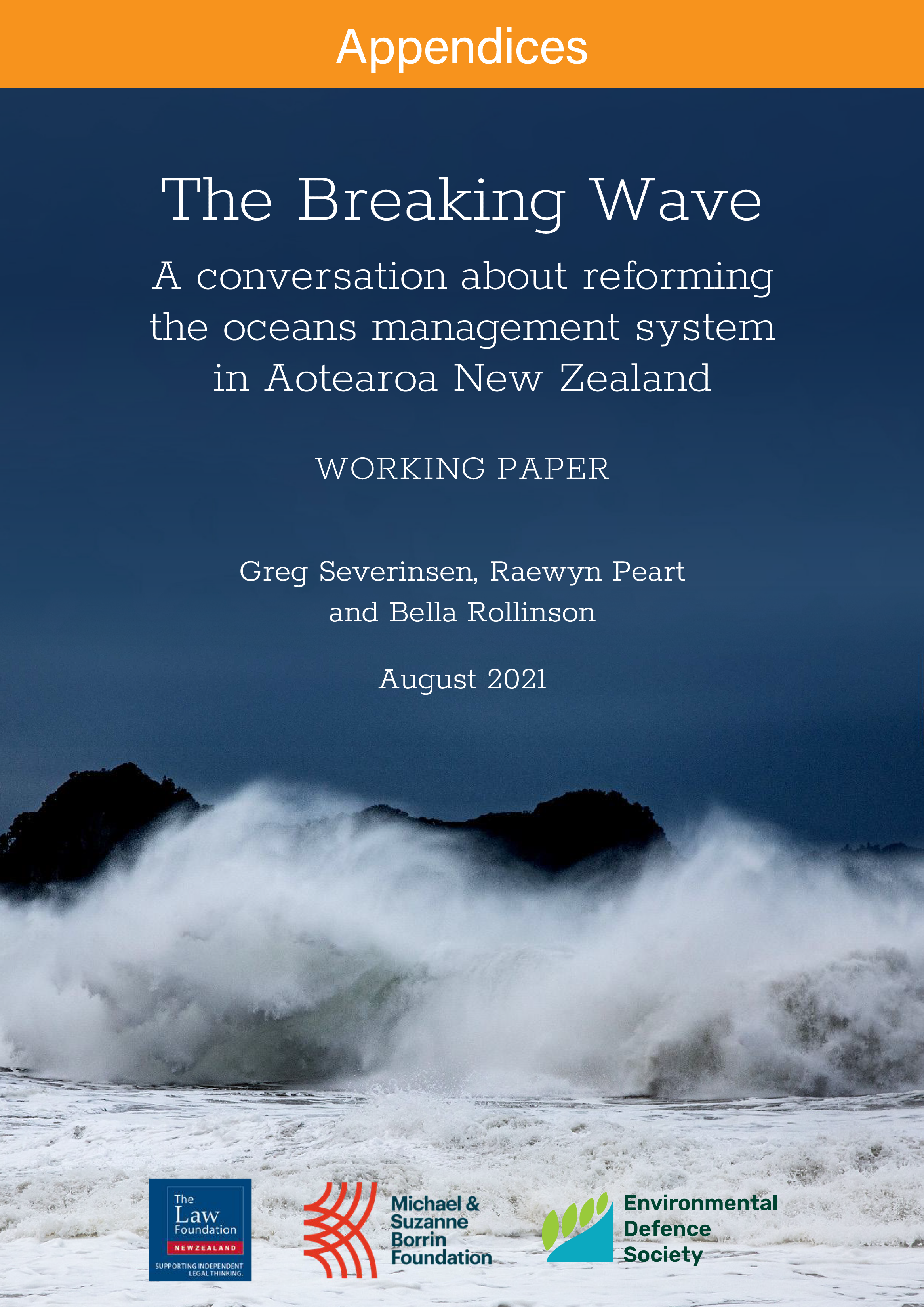 The Breaking Wave: A conversation about reforming the oceans management system in Aotearoa New Zealand - Appendices of working paper